With the rise in popularity of JavaScript the web development is rising to new heights. The flexibility that JavaScript gives us with web applications and on the server was a dream to achieve just some year back. Node.js which has became a next big thing for developers is an open source and runtime environment focused on developing networking and server side applications. The Node.js applications are written in JavaScript and can be executed within Node.js environment on platforms like FreeBSD, Windows, Linux, NonStop, OS X etc. Node.js also builds network programs like web servers similar to Python and PHP but the major thing that distinguishes Node.js is that it is a non-blocking language which means that commands runs parallel to each other and they use callbacks as an indication for signal completion.

Node.js has a gentle learning curve and anybody familiar with JavaScript can easily master this technology with may Node.js ebooks and online courses available at your fingertip. It has all the features available to develop the most complex Web applications in business. Moreover, it has a strong community sitting behind, which keeps on updating the language according to the requirement in the market.

The Node Package Manager holds a key role in deployment for Node.js and makes it very easy to move application amongst providers. It is due to this package management the Node is able to grow. Node.js is now being used in more secure applications which are critical to business therefore, there is a need for robust hosting environments which provides security and accessibility to the application. So after doing a thorough research we bring you 10 hosting platforms for Node.js applications. 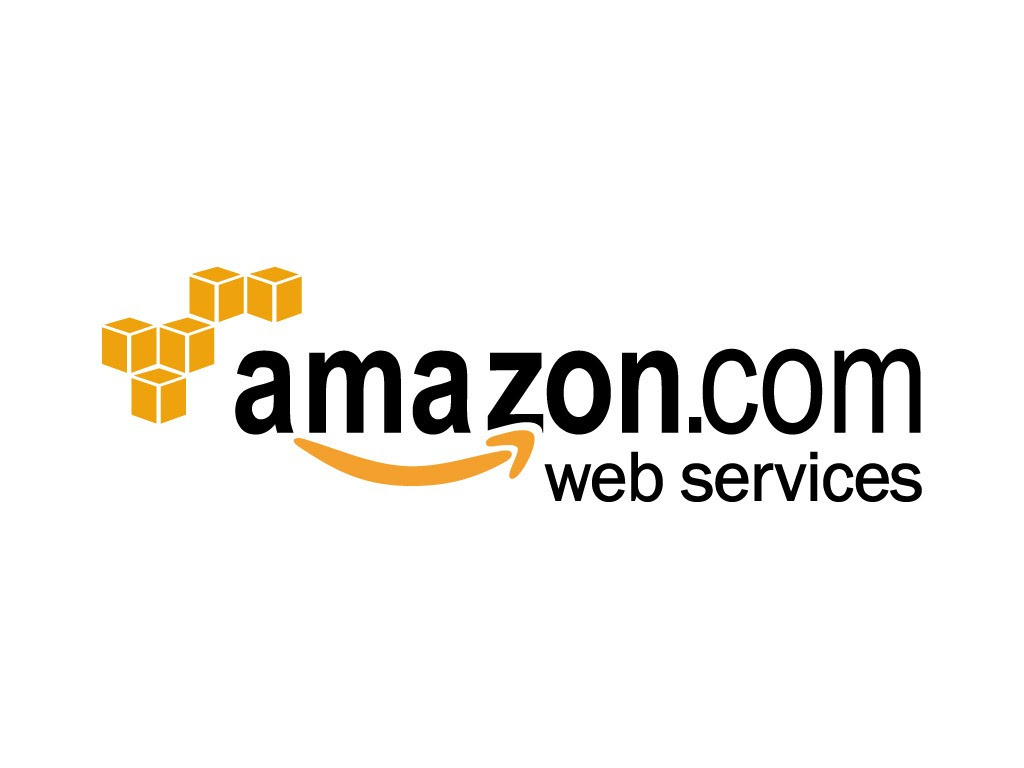 With the partnership of Amazon and Bitnami, Node.js is available on Amazon Web Services. AWS provides Elastic Beanstalk service, which is a container that pushes packaged applications in AWS as Platform as a Service (PaaS). AWS provides you full control over the server which runs your applications and moreover price would be same whether you run one application or many applications on the same server. 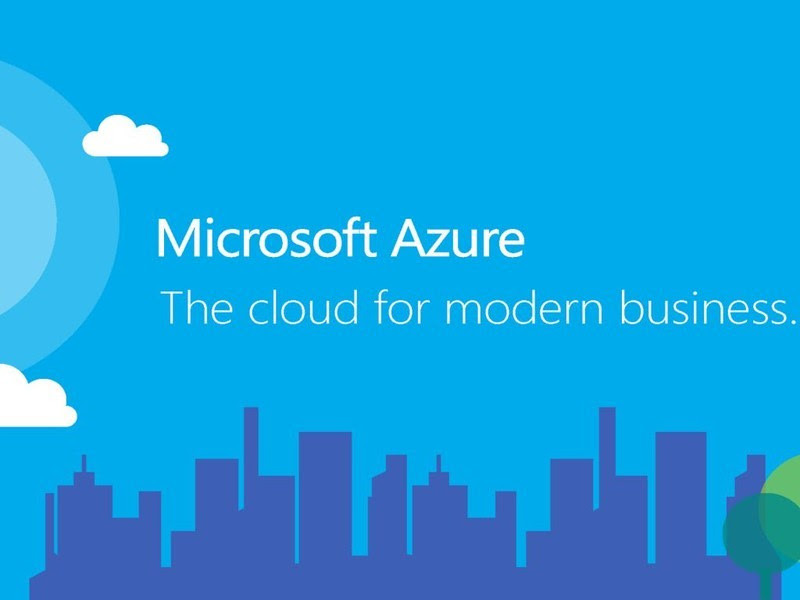 Azure is a cloud based platform powered by Microsoft which facilitates managing, deploying and building of applications. One of the advantage of hosting Node.js web applications on Azure is that the application can scale out automatically to hundreds of Azure instances as per the need. With Azure developers can easily migrate applications without the need of changing code and has a support for both Windows and Linux machines. 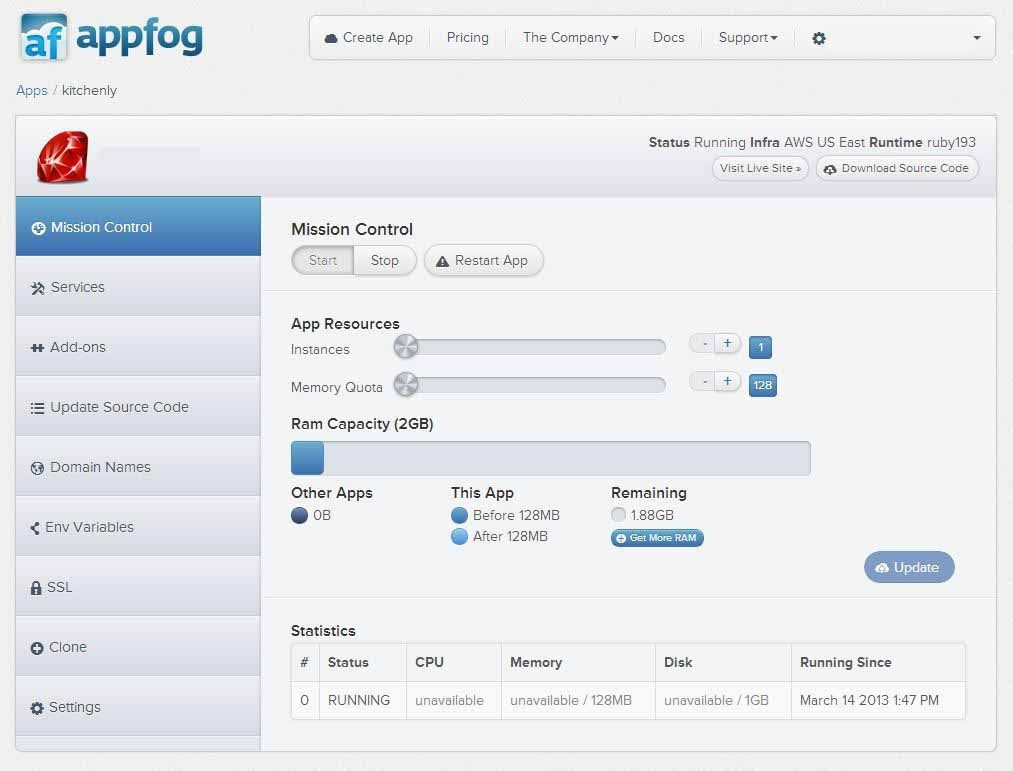 AppFog provides a really fast way to scale and launch your app in just a matter of time. AppFog features a mesmerizing user interface, REST API for robust deployment and a powerful command line. It saves you a lot of time as you don’t have to spend time on setting database, updating firewalls, and provisioning servers. 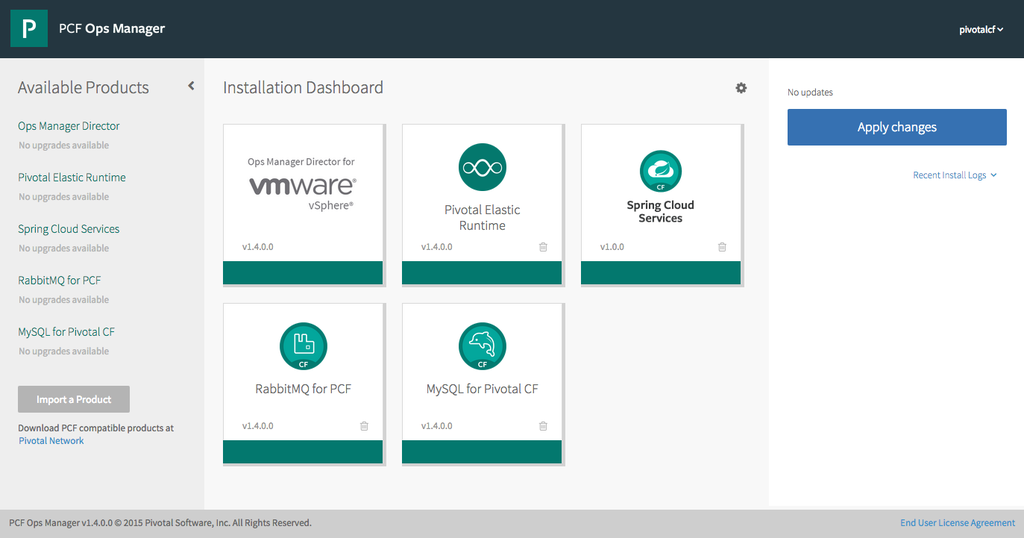 Cloud Foundry is an open source Platform as a Service created by VMware and currently maintained by Pivotal Software. Cloud Foundry offerings come in three flavors namely Cloud Foundry Open Source Software (which can be used by anyone), Pivotal Cloud Foundry (used as a commercial product) and Pivotal Web Services (services which is hosted on Amazon Web Services). 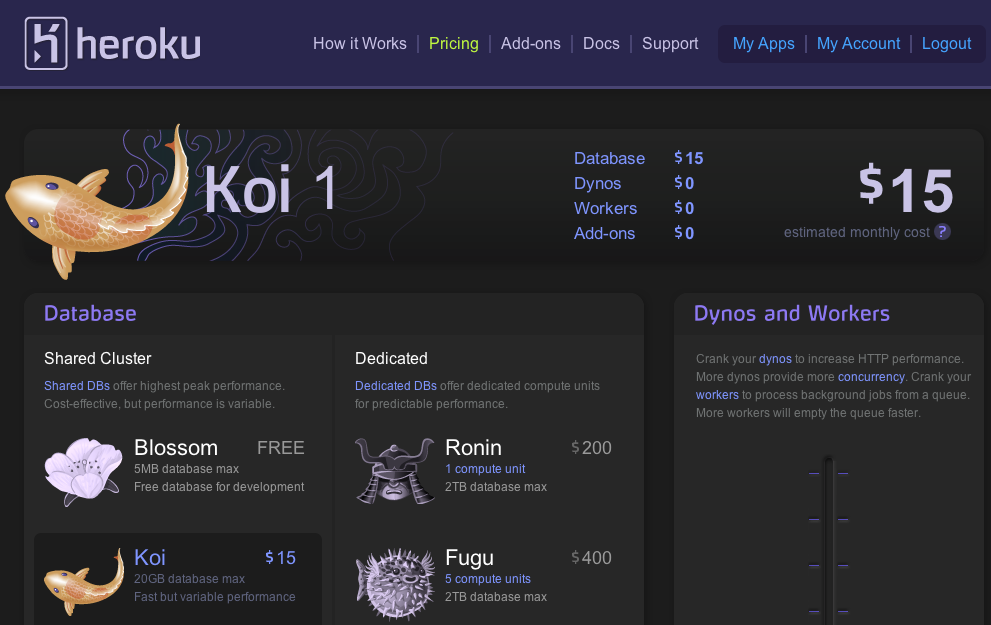 Heroku supports a wide range of languages and was founded in year 2007. When it first released it supported only Ruby but since then it has added support for PHP, Perl, Python, Clojure, Java, Scala and Node.js. Heroku also provides you seamless integration with some third party services such as Redis, SendGrid, MongoDB etc. 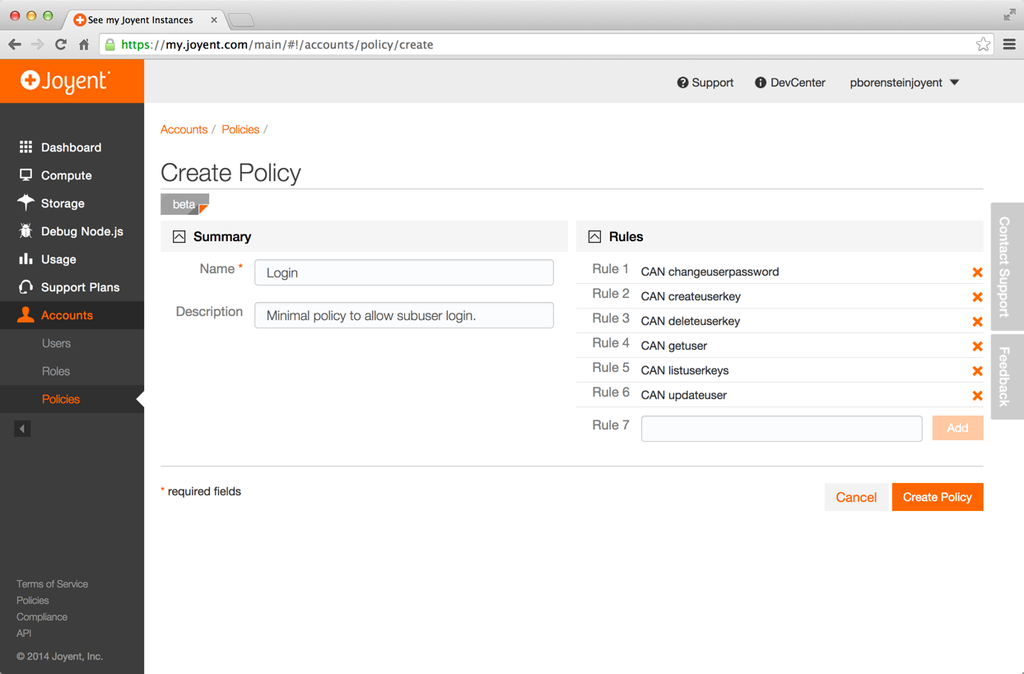 Joyent offers IaaS (Infrastructure as a service) and PaaS (Platform as a Service) mainly to large enterprises. It is an official sponsor of Node.js and assists developers to debug, design and deploy Node.js applications. Joyent is works with many Fortune 100 enterprises to run Node.js for their critical applications. 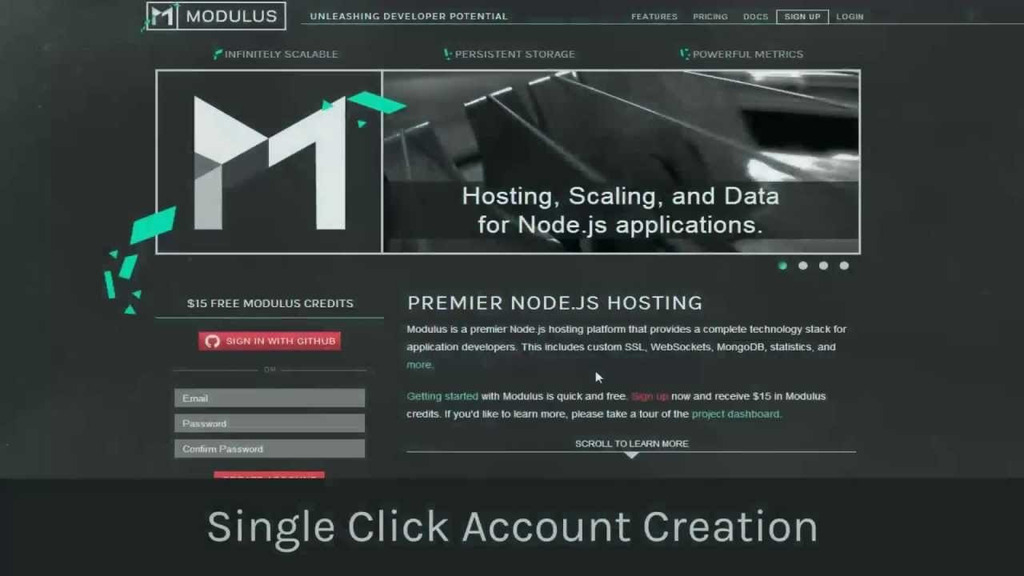 Modulus offers Platform as a service (PaaS) hosting environment which is highly secure and cost effective. It supports languages such as Node.js, php, Java, staticsite and meteor. It provides powerful metrics which tracks every single request that comes into modulus. It helps you measure the performance of your activity. The services are currently available in USA, Asia and Europe. 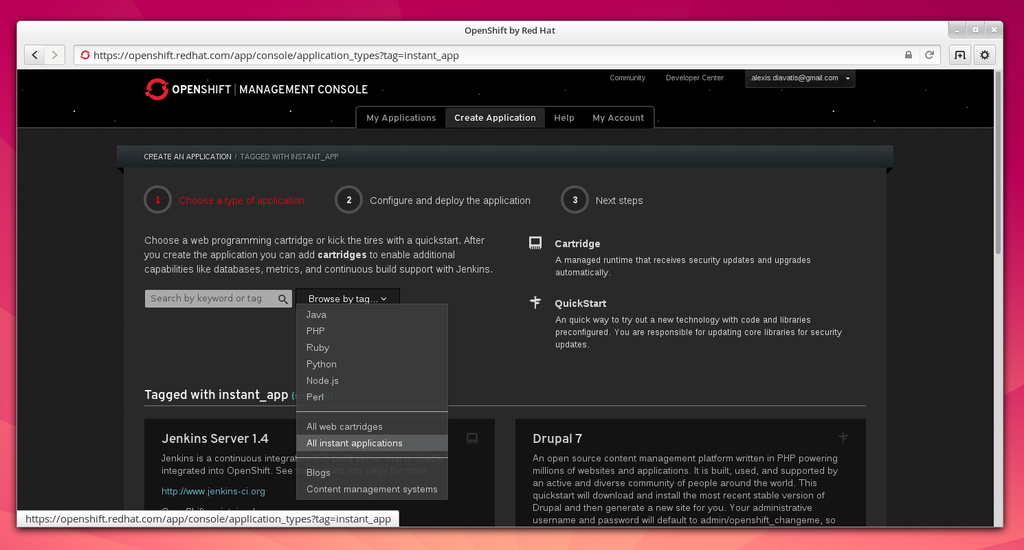 OpenShift is a cloud based hosting and development platform developed by Red Hat. With OpenShift one can also use Git to deploy web applications in different languages. It supports many languages such as JavaScript, Haskell, Java, .Net, Perl, Node.js, Python etc. By using open Cartridge API you can add your own logic to OpenShift. 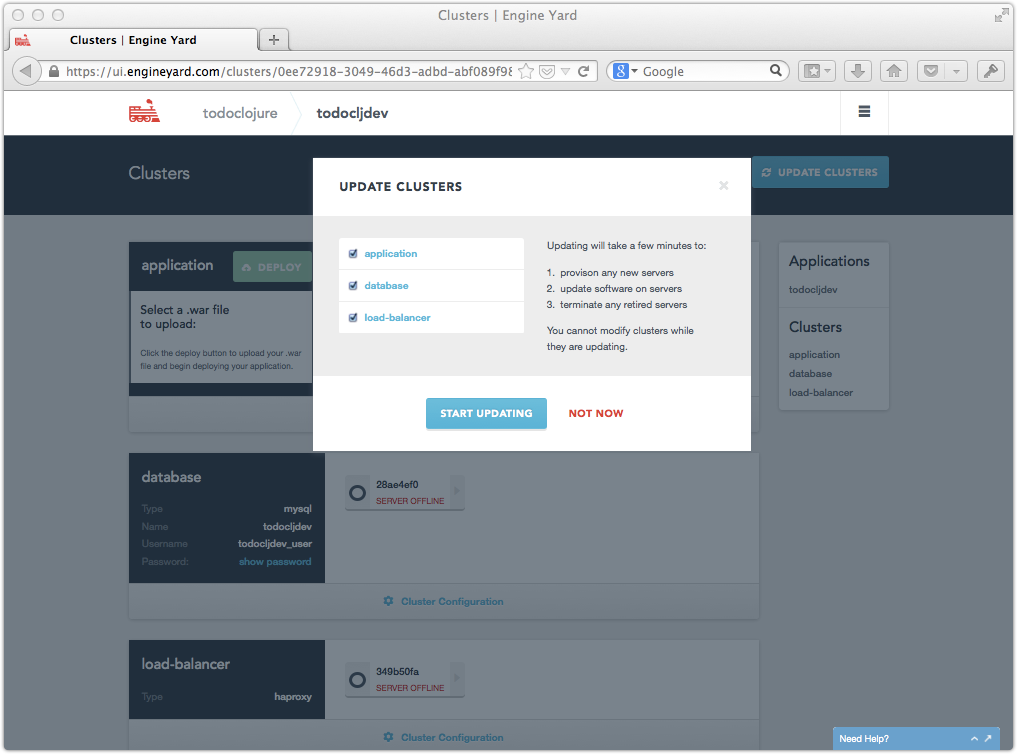 EngineYard is a Platorm as a Service (Paas) company headquartered at San Francisco and founded in the year 2006. It gives you full control by customizing your stack whenever required. It has an excellent support community working round the clock to help the customers. It supports language such as Node.js, Ruby on Rails and PHP.

With the increased demand for JavaScript, Node.js is everywhere, so we have compiled a list of 10 available hosting platforms for Node.js. Though Node.js can be used in almost every scenario but there are some cases where Node.js does not work so well. It is not feasible where a single threaded calculation must hold successive approximation, so it would be more convenient to leave the request to a library dedicated to this task.

Are you also looking to host your Node.js applications; then you must have something to add to this list. Feel free to leave a comment below to let us know of some more hosting platforms for Node.js.